As I type this, I can hear my mother saying “eat your brussels sprouts”. I mean what human really likes eating Brussels sprouts especially one less than 40 years old. Let’s not mention the tantrums, the negotiating, the begging and pleading with small children to put something healthy in their little bodies at dinner.

As an adult, I loathed the thought of ever tempting to eat them again. I remember the small cabbage like vegetables as something I would never, ever, ever eat ever again. I have gone as far as not ordering a meal that was served with them at several of those “fancy” restaurants and have also paid for them, never to have them delivered on my plate. As I get older and the idea of eating a more healthy diet becomes more frequent Brussels sprouts have once again reared their ugly head in my kitchen.

Honestly, I sought out and tried so many different recipes that were subpar and left me loathing them again. Not to fear, I was determined to figure out how to make these things taste good. I decided to take a few of those recipes or actually just a little of each of them and develop my own. This recipe is THE ONE. The one that has made me actually enjoy Brussels sprouts and the best part, its super easy and quick.

Salt and Pepper to taste

Cut the sprouts in half lengthwise

In a large bowl, toss the sprouts with olive oil

While they are roasting, place balsamic vinegar and Emily G’s Pear Honey jam in the bowl (leaving remaining olive oil, if any) and whisk until blended

Taste and season with salt and pepper if needed. 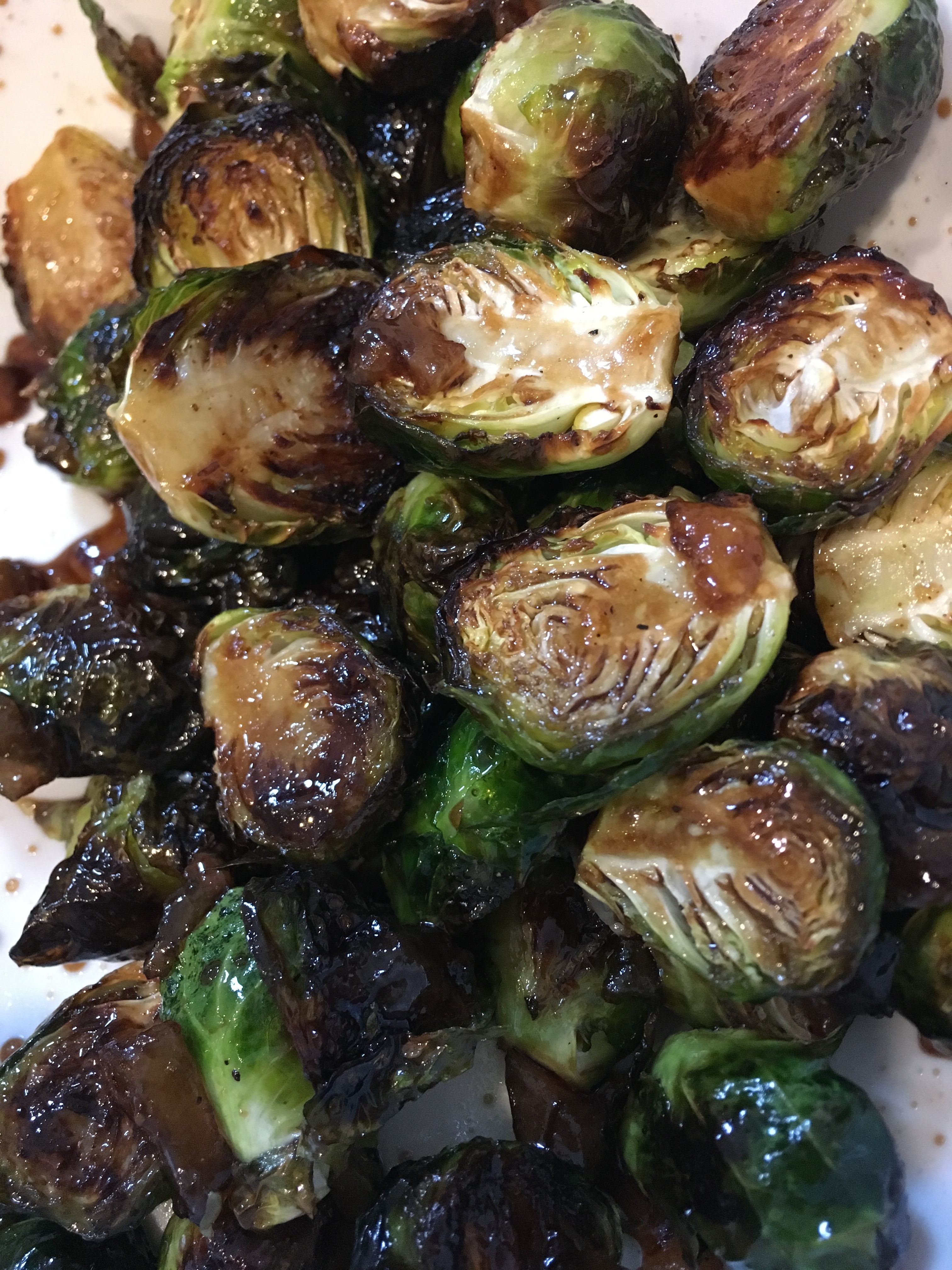